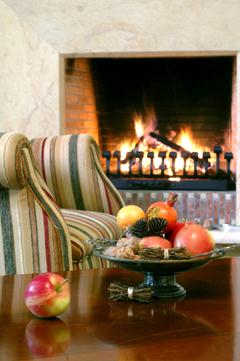 KIRKLAND, Wash. (Jan. 4, 2012) – Home sales finished the year much stronger than they started, with pending sales for the fourth quarter outgaining the first quarter by more than 3,000 transactions for a 21 percent increase, according to new figures from Northwest Multiple Listing Service.

Last month’s pending volume exceeded the number of new listings (4,604) for the second consecutive month. The last time such an imbalance occurred was November 2006.

Following the pattern of recent months, prices were down. The median price for December’s closed sales of single family homes and condominiums declined about 11.8 percent from a year ago, dropping from $255,000 to $225,000. Brokers attribute much of the slip in prices to the number of distressed properties in the mix. In some areas, foreclosures and short sales, which tend to be sharply discounted, account for about one-third of sales.

Also trending downward is inventory. Brokers across the Northwest MLS service area, which encompasses 21 counties, added 4,604 new listings last month, down from the year-ago total of 5,460 listings. With those additions, there were 26,639 active listings in the MLS database at month end, a drop of more than 5,500 listings from a year ago (a 17.2 percent decrease).

For the Northwest map areas covering Seattle, inventory is down 30 percent compared to a year ago.

“All over we are seeing healthy marketplaces emerge as the inventory levels drop,” said J. Lennox Scott, CEO and chairman of John L. Scott Real Estate. “As you get closer to the job centers of Seattle and Bellevue, the marketplace is looking strong again,” he added while expressing optimism for the coming year. “The outlook for 2012 is the continuation of a strengthening marketplace, especially in the more affordable to mid range priced homes.”

The combination of shrinking inventory and favorable financing is causing some areas to tilt toward a seller’s market, as measured by the supply of homes. Area-wide, there is about a five month supply of homes, which is generally considered to be a balanced market favoring neither buyers nor sellers.

In Snohomish County the months’ supply is pegged at 3.2 months, which means it would take approximately that much time to exhaust current inventory at the current pace of sales with no replenishment. Inventory of active listings in that county is down more than 28 percent from a year ago.

For King County overall, the supply is approximately 3.6 months, but in some sub-areas within the county the supply is less than 3 months — including parts of South King County (notably around Renton and Federal Way), parts of North Seattle (including Ballard, Sand Point, and Lake City), and parts of Bellevue (East of I-405).

Scott anticipates a slight increase in sales activity in the higher end market (up to a million dollars) around Seattle and Bellevue. “This is mainly due to the return of higher FHA loan limits and an anticipated increase in the sales activity of the mid price ranges, which will open up opportunities for some buyers to move up in price range,” he explained. Some brokers are even reporting multiple offers and escalation clauses from buyers of well priced homes, according to Scott. He noted historic low interest rates “will be a huge contributing factor too. It’s not very often we get to say interest rates are in the 3s,” he remarked.

OB Jacobi, president of Windermere Real Estate, believes the market has undergone a shift. “Where we’ve been during the past year is a place of transition. It has been a slow recovery, but the housing market has finally turned a corner, albeit a soft one with some bumps along the way,” he commented.

Despite rising sales, Jacobi, a member of the Northwest MLS board of directors, noted foreclosures and short sales continue to cause downward pressure on prices. “Many would-be sellers are still wary of the market, and as a result, there are fewer homes for sale,” he observed, adding, “At the same time, there are buyers who are eager to strike while the iron is hot, so in some areas, homes are selling before many buyers even have a chance to react.”

Northwest Multiple Listing Service, owned by its member real estate firms, is the largest full-service MLS in the Northwest. Its membership includes more than 22,000 real estate brokers. The organization, based in Kirkland, Wash., currently serves 21 counties in Washington state.