During 2015, Windermere Real Estate came out on top representing both sellers and buyers on Mercer Island. 37% of the sellers on the island opted to work with a Windermere agent last year, while 27% of those who bought island homes worked with Windermere brokers. The median sale price for a single-family home on Mercer Island during 2015 was $1,199,500, which is on the cusp of the luxury real estate market in the Puget Sound Region. 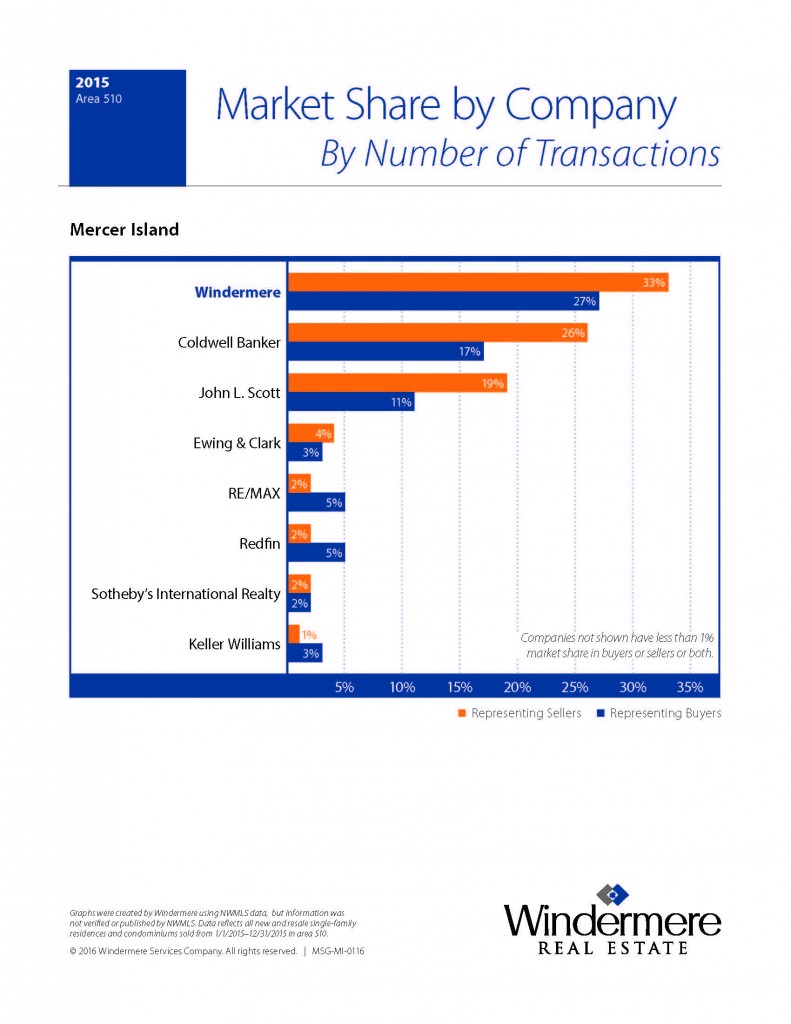 In Seattle, Windermere Real Estate had a significant share in representing buyers and sellers in the $1M+ price range during 2015. 44% of the Seattle metro sellers in this price point opted to work with a Windermere broker, while 35% of buyers who purchased a home for $1million plus used a Windermere agent. Windermere’s share of the market was 20-30% higher than other real estate companies in Seattle for the same year.

At the $1million+ price point, Windermere Real Estate represented the most sellers and buyers on the Eastside on Lake Washington during 2015.   41% of sellers, and 29% of buyers, who conducted transactions of $1million+ used Windermere agents. The Eastside cities included in this market share report include Bellevue, Bothell, Duvall, Issaquah, Kenmore, Kirkland, Mercer Island, Newcastle, North Bend, Redmond, Sammamish, Snoqualmie, Woodinville, and surrounding neighborhoods. 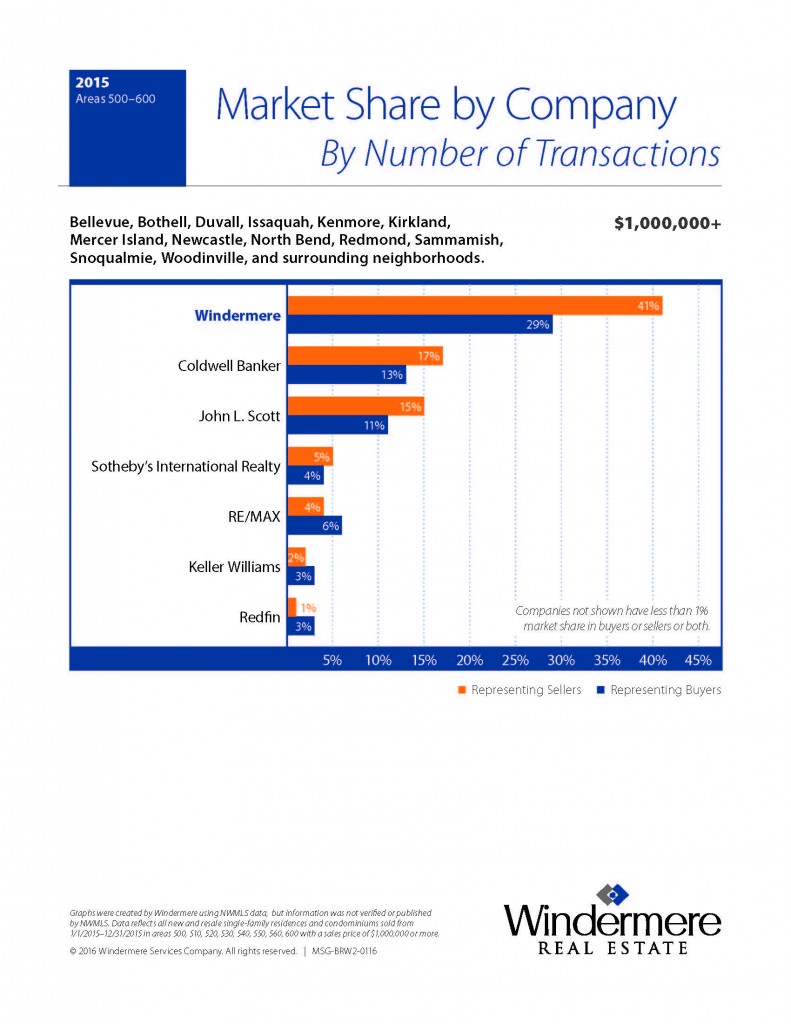 Related Articles
Market Updates Baby Boomers: Impact on the U.S. Housing Market Originally posted on Windermere Blog.  75 million Baby Boomers control nearly 80% of all U.S. wealth, and as this generation ages, retires, and inevitably downsizes, they will have a significant impact on the housing market. Windermere’s Chief Economist, Matthew Gardner, explains when we can expect to see Boomers start to sell, opening much-needed inventory and making home ownership available to younger generations.
Market Updates Making sense out of the market With the continued low inventory around Seattle and the Greater Eastside, how do our regional housing sales continue to grow?  In his recently released 3rd quarter report, Windermere Real Estate’s chief economist, Matthew Gardner, pointed out that there has been an uptick in the number of 1st time home buyers purchasing homes. Svenja Gudell, Zillow’s […]
Market Updates What We Know (and Don’t Know) About the Impact of Brexit This blog post authored by Matthew Gardner originally appears on Windermere Blog on June 27, 2016. The decision of the British public to leave the European Union is a historic one for many reasons, not least of which was the almost uniform belief that there was absolutely no way that the public would vote to dissolve a partnership […]